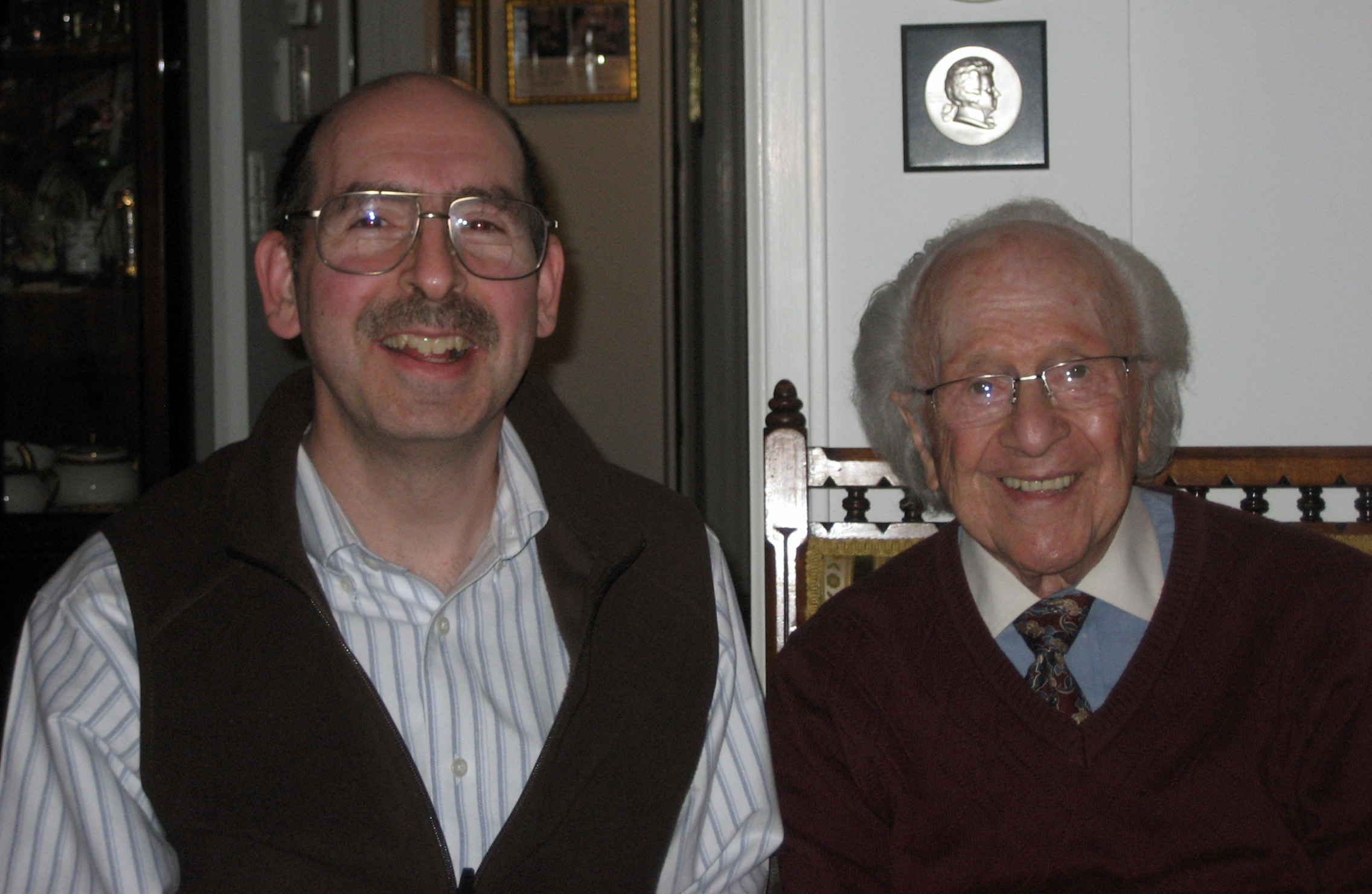 Soler was a Spanish composer best known for his many mostly one-movement keyboard sonatas, such as the one on this concert. Clarion trumpet calls alternate with quiet legato sections in this short work.

The Minuet in G is a well known piece formerly attributed to J.S. Bach (BWV Anhang 114). The first variation is in the style of a Peruvian Waltz, such as the Fina Estampa as sung by Chabuca Granda. The second variation is in a tango style, and inspired by the music of Astor Piazzolla.

This performance is in honor of Prof. Frederic Marvin of Syracuse University, who had more influence on me than any of my other teachers. Frederick died in 2017 at the age of 96, having passed on a legacy of artistic and technical understanding of the piano to generations of students.

I have uploaded three of his performances to YouTube.  They include the powerful Grande Sonate of Ludwig Berger, the lively Sonate Caracteristique of Ignaz Moscheles and the virtuosic Grosses Konzertsolo of Franz Liszt.  I thank Donald Morris Weinberg for providing me with these out-of-print recordings, so I could share some of Marvin's work with the public.

I grew up in Utica, NY and studied piano with local teachers.   When I was in tenth grade, Professor Marvin accepted me as a student. It was quite an experience for a 15 year old.  I was in awe of the professor and scholar who had studied with famous pianists and won awards.

Professor Marvin taught me about piano technique, musical vocabulary and style. He taught me to pay attention to details, to internalize the music and to have a positive attitude.  He had me practice passages using dotted and triplet rhythms until they were smooth.  When we were working on Chopin Etudes, he taught me hand motions that allowed me to play even the fastest passages.  Some of what he taught me he attributed to his own teachers, Claudio Arrau and Artur Schnabel.  Through Professor Marvin and his teachers, I could trace my musical lineage back to Franz Liszt, to Czerny, to Beethoven.

Professor Marvin was also a musical scholar, best known for rediscovering the works of Antonio Soler and Jan Ladislav Dussek.  The Soler Sonata that I performing today is from an edition that Marvin edited, and I prepared by listening to Marvin’s lovely recording of the piece.

I attended college at Princeton University where I had some fine piano teachers, but none the caliber of Marvin.  While in graduate school I had the opportunity to perform the Rachmaninoff second piano concerto with the MIT Symphony.  To prepare, I took a coaching session with Frederic.  He said, “Dan, you’ve forgotten everything I taught you.”  He said it with a smile, but  then we got to work.

After I earned a Ph.D. in physics, I continued to give piano concerts at MIT, and I kept in touch with Frederic.  We exchanged letters about concerts and repertoire.   In one of his letters, he asked if I could arrange for him to perform a concert at MIT.    His request made me uncomfortable.   I feel bad about this, but I never answered his request and we mostly fell out of contact.

In 2012 I was reading the book “Tuesdays with Morrie,” by Mitch Albom. In the book, Albom writes about reconnecting with his dying college professor and learning lessons which completely changed his life.  After reading Albom’s book, I knew that I had to reconnect with Frederic.  I was actually afraid that I might have waited too long.

I looked Frederic up on the internet, and to my delight, found out that he and Ernst Schuh had gotten married in New York once state law changed to allow same-sex marriage.  They had been partners for more than 50 years.  Such wonderful news gave me an opportunity to reconnect.  I sent my congratulations and Frederic invited our family to visit.

In the fall of 2012, our children and I made a trip to Syracuse to visit Frederic and Ernst. On the way, I told stories from my youth and what Frederic had meant to me. My son brought his violin, and the two of us performed a short program in their living room.  The house was unchanged, and the action of the German Steinway was just as I remembered it from my lessons 35 years before.

Meeting Ernst for the first time was wonderful.  In the 1970’s I had seen Ernst in the house, but at the time it was not considered appropriate to be introduced. I am happy to see our society become more accepting of LGBTQ+ people, although there is still a long way to go.

Frederic was a formal and sophisticated artist but approachable, and always wore a smile. He had high standards for himself and for his students, to be achieved not with grit, but with grace. Frederic did not believe that getting older meant he had to slow down or make compromises – Frederic was ready to schedule concert performances long after retirement age and to get married in his 90’s.

These are some of the aspects of Frederic that I appreciate and want to celebrate with this concert.