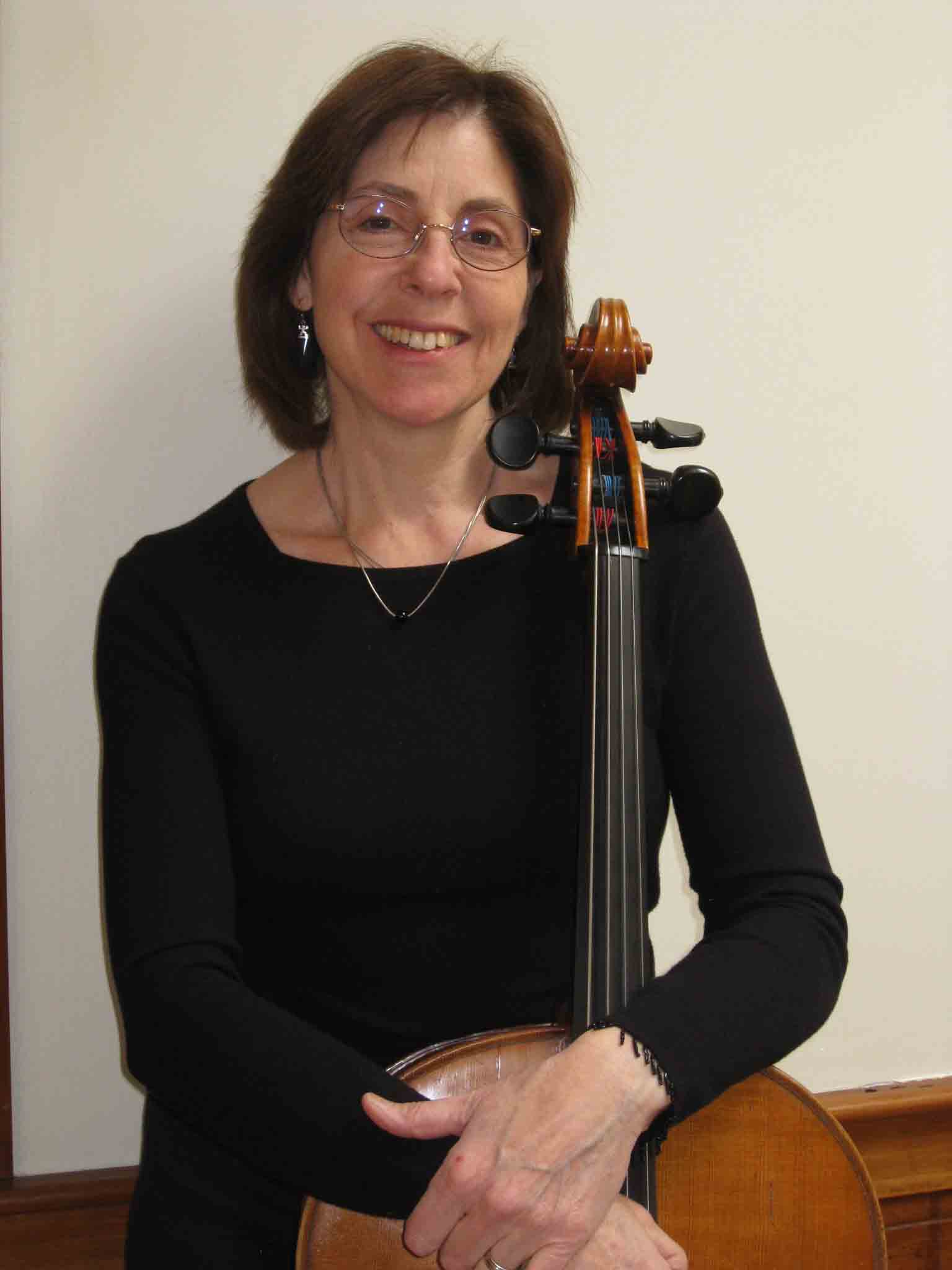 Cellist
Judith Glixon received her Bachelor of Music degree from Hartt School of Music in Connecticut. She studied there with Paul Olefsky and David Wells, and with Aldo Parisot at the Yale School of Music. Her coaches in cello and chamber music have included Carter Brey, David Finckel and Lawrence Dutton of the Emerson String Quartet, Norman Paulu (of the Pro Arte Quartet), and Phoebe Carrai (baroque cellist).

In North and South Carolina, Judith was principal cellist for several symphony and chamber orchestras, and performed regularly for many years with the Kalmia String Quartet, the Cresta Azul Chamber Players, and the resident piano quartet for the University of North Carolina in Asheville. She was frequently featured as a soloist, performing concertos by Beethoven (the Triple), Haydn, Saint-Saens, and Sir William Walton. While there, she also played with the Charleston Symphony Orchestra and the North Carolina Symphony. In 1993, she moved to Arizona where she was a member of the Tucson Symphony Orchestra for seven years.

Judith moved to Massachusetts in 2001, and was a founding member of the New Piano Quartet, which was in residence for 5 years at the New School of Music in Cambridge, concertizing throughout New England, including two featured performances of new works at the Bar Harbor Music Festival in Maine. In the Boston area, she has performed with the Boston Ballet, Springfield Symphony, Boston
Modern Orchestra Project, New England String Ensemble, Handel and Haydn Society, Pro Arte Chamber Orchestra and Lexington Symphony.

Judith is also a Licensed Mental Health Counselor, practicing psychotherapy at The Eliot Center in Concord. She lives in Lexington with her husband and daughter.